Well it’s the Monday after running the Spartan Race in Tampa and I’ve survived. I’ll admit I didn’t train as often as I should have for the event and I think it showed in my performance. While walking towards the entrance to the stadium I remember seeing tons of people walking back all with medal (some were smiling from ear to ear and others look like they had been thru World War 3). Arriving at the gate we were greeted by individuals instructing all participants and spectators on where to go. First on the agenda were the waivers which everyone had to sign (including spectators) which I thought was strange at first but seeing how close they could get to take pictures at some of the obstacles I then understood. From there it was off to get my bib # and then go collect my timing chip and actual bib. My check-in time from start to finish was under 20 minutes and seemed to be one of the smoothest check-ins I’d been thru. 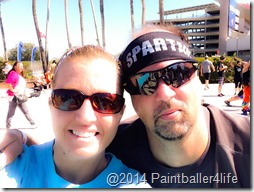 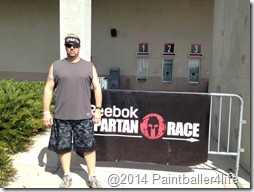 When the wife and I arrived we got to watch one of the first waves and I remember uttering the words “I’m pretty sure I’m going to die” which she thought would be funny to tweet out amongst all of our friends. I was able to spend a bit of time relaxing and stretching before the event and I had time to calm the nerves before my 2:00 start time. I also took some time before hand to study the map and get the stations down to gauge how to attack the course. 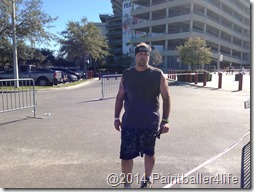 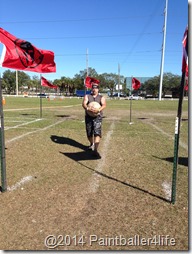 Around 1:50 I heard the all call for the 2:00 wave which then sent my nerves into over drive as I walked towards the starting line. As I got closer I looked up and noticed in order to get to the start line you had to climb your first wall. Once I made it over the wall and into the coral, the reality of my commitment had set in and I was all nerves. From the time I touched down after climbing the wall until they said go was pretty much a blur. 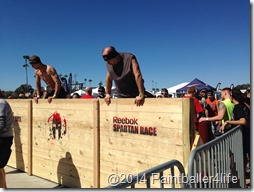 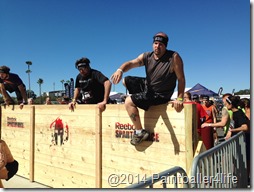 Once 2:00 hit I was on my way and off to a great start. Rather than trying to explain all 18 obstacles (yes I said 18) I figure I’d let you take a peek at Tampa’s course map to get a feel for what may be in store for you if you accept the challenge to become a Spartan. Looking below, Tampa’s course took us on a nice winding maze throughout Raymond James Stadium (a place I’ve been to several times but never seen even a ¼ of what I did going thru Saturdays run there). Looking over the map below you’ll probably say “hey I only count 12 obstacles. Trust me there were 18 and the last 6 remained a secret until the day of the event. Looking back to the event, we covered 10 of the 18 obstacles inside the stadium and also over 2 miles. 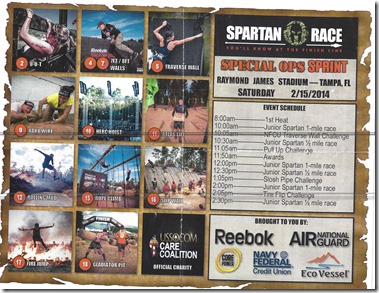 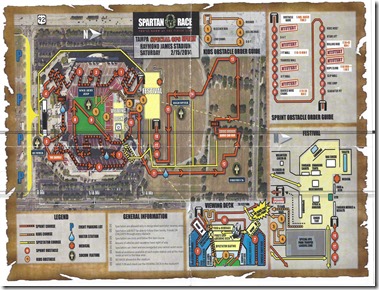 Exiting the stadium and entering the portion outside of the stadium I remember seeing my wife and telling her “I’m done” as I sat there trying to catch my breath, but I wasn’t mentally ready to give in. So I continued on hitting the last 8 obstacles, each one bringing me closer and closer to my breaking point but I still wasn’t giving in. I will say out of all the races of this type this by far was the most intense of them all. I’d definitely recommend signing up for their workout of the day which are designed to help you prepare for your Spartan Race Challenge. 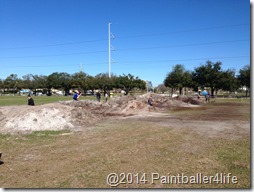 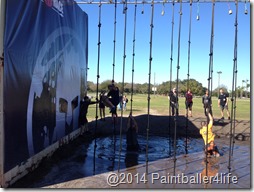 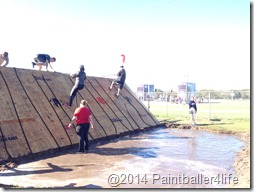 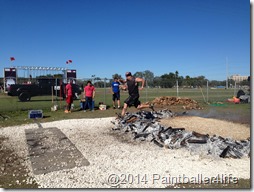 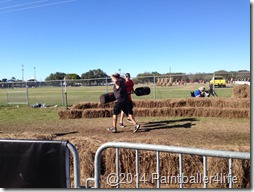 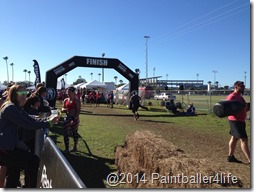 I’d have to rate this as one of my most challenging yet fun events to have been a part of. The running portion combined with all the physical challenges have made me start to think about how I can be a better Spartan next year. While I have to admit I wasn’t happy with my finish time which was 1:32:03 which I feel is a respectable time, I’ve already set my goals on a faster time for next year. Stay tuned, as earlier I gave away a free entry to any race in the Continental US and the Winner Seth will be doing his race at Fenway Park and will be sharing his experiences after his race.

Have you committed to joining the Ranks of the Spartan? Which location have you set your sites on to compete at? 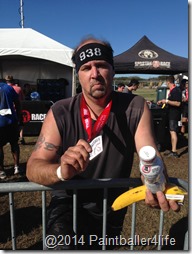 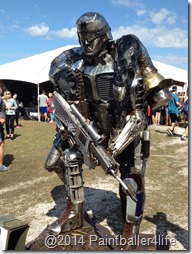 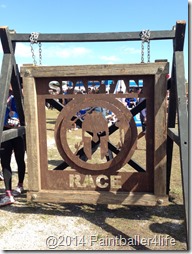 I’ve been thinking of ways to kick of the New Year and there is no better way than hosting my first giveaway of 2014. The winner of this drawing will get a code to register for any Spartan Race in the Continental United States in 2014 and get to join the ranks of all the others who dare take on the challenge. 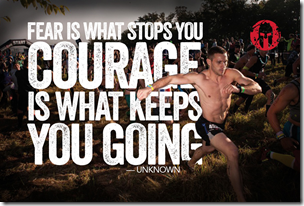 Who out there likes a challenge, getting dirty and just pushing yourself physically and mentally to the max? If this sounds like you then Reebok Spartan Race is just the place to make all this your reality. Come join me February 15th 2014 at Raymond James Stadium in Tampa as myself and many others take on a muddy 3+ miles /15+ obstacles course race pushing your body to limits you’ve never dreamed possible. 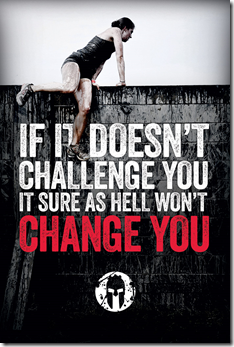 With your entry you get the following:

Register today using this link and save 15%. Enter here for your chance to win a free entry to any 2014 Spartan Race in the Continental US.