“Put up or shut up” seems to be a new motto for me in this fresh New Year. I’ve told myself that if I want to do something just shut up and do it. Well I finally did that two weeks ago as I took my PT test at Golds Gym to enter their “12 Week Transformation” contest and oh boy, was I surprised. Now realistically, I know there is someone out there that will probably smoke the hell out of my performance, but I still plan on giving it my all as a commitment to myself. This challenge is more about making a commitment to my family and friends to make 2017 a healthier year for the wife and I.

I know in years past, I’ve kicked off the New Year with the intentions of a healthier New Year only to find out shortly into it I’d stray from that path and continue my old ways, but not this time. That PT test and body analysis left me with a look from the outside, and I’ve gained a new perspective. I took a before picture that I may share down the road but currently I don’t feel comfortable doing. But, I will share my numbers. 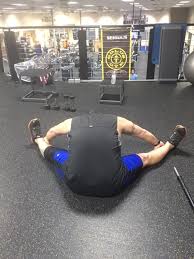 My PT test on 1/9/2017 revealed that I was 245 pounds and 35% body fat. Now there are many who know me that will say I look good, but I now have confirmed that I am not ok. Heart attacks, diabetes and over obesity all pretty much run in my family. You may say that obesity is not genetic, but when raised in a house where its common place you’d say different. Raised in a house where you always had access to candy, ice cream and any sweets you wanted and were never denied or moderation was involved. I’ve become that adult with a sweet tooth like you wouldn’t believe (just ask the wife).

One thing is for certain… This Fat Kid is on a mission in 2017 and has his target set so watch out.