(**** Photo Credits all photos contained in this post are from Valken ****)

I have friends in low places as in Low Country Paintball in Ludowici, Georgia. After a few years of persistence from Jester Court Productions, I was finally able free up my schedule, pack up the trailer and make the trip to Low Country Paintball for a weekend of fun to check out the field. The game was “The Finale: Return of Krampus” and was the battle for Christmas. The best part of this weekend was the charity aspect. I mean, what better way to spend your weekend than on the paintball field shooting each other while helping raise toys for kids. 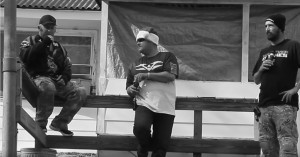 When asked what I love about paintball, I always answer with “exploring new fields and making new friends”. The key to growing the sport is making the trip to explore different fields and to make new friends. 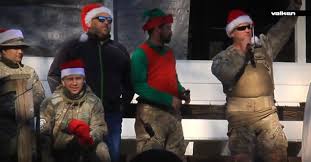 We pulled in late Friday night, set-up camp right next to A-Train from Valken (who put together an amazing video recap), then started to walk around. We got in late so walking the field was out. We walked around to see what else was going on. Following the music, we finally arrived to the building where everyone was taking cover from the cooler temps. Walking thru the door we ran across Jami Hubbell, Mike Paxson, Damian Ryan and Rocky Cagnoni, amongst many other players there for one common cause… “To help save Christmas for as many families as we could”.

Waking up Saturday morning to 29 degree weather and a light frost on the ground is not what this Florida boy is used to but I did it for the kids. With that being said, I hightailed it to my truck to turn on the heat and warm up a bit before getting ready to go out on my morning rounds. We had the traditional “Rules of the Game” followed by the introduction of both Kringle and Krampus and we then scattered to go spend the last bit of time we had until we all entered the field.

Saturday on the field we met with several hurdles and a group of worthy opponents who provided more than enough resistance to make the game interesting and make the game fun. Nobody likes an easy win but also nobody likes a cheater either. Saturday brought us a give and take with it seeming like Kringle wasn’t getting anywhere and that’s pretty much the truth. Krampus brought it to Kringle, and he brought it hard as we could tell based on our field position. Now don’t get me wrong I’m pleased with everything we did on the field but I would have loved to do more. 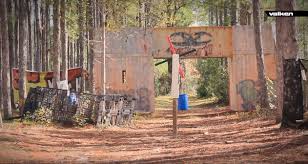 On Sunday we woke up to even colder temps so once again I took up residence in my truck for a bit to warm up before getting ready for play.  Once the game started who cared about the colder temps as it heated up when we all started running our asses off. Battling back and forth, trying to gain every inch on the field with no luck, we had to rely on final battle. Final battle brought it all out for everyone and we left it all on the field.

For the first time ever in all the scenario games I’ve played, once that final horn was blown, both members from both sides walked off the field side by side. There was no “Man that was a cheap shot” or whining. It was a lot of “Man that was a great shot” or “great game”.  This made for what I’d say is one of my best experiences ever on and off the field at an event and I look forward to the next time. We had it all that day…… The weather, sportsmanship, but most importantly the feeling of being able to help families in need while playing a game we love.