Those are three words I don’t really like but if I had to sum up in three words they’d be “stop the scale”. It seems as though I’ve hit my first plateau in my renewed weight loss journey, but I’m sure it’ll be a temporary one. I’ve weighed in for the past three weeks now at 228.8, which some may say maintaining is great but not what I’m looking to do currently. The question is how long will I be at this plateau? Many years ago I had the same issue while working out and managed to stay at the same weight for three months. Trips to the gym became more of a “chore” and “obsession” at the same time. Every trip to the gym would start with a weigh in and then I’d go off to do cardio for an hour generally ending back up on the scale. There were actually days I’d do this for hours and honestly it frustrated the hell out of me. While it took many changes both physically and mentally I finally conquered that plateau and continued on. Knowing this was actually mentally unhealthy for my weight loss, but still not able to control my actions. While maintaining is actually a great thing it can mess with you mentally and cause one to lose drive. Not exactly what I had in mind when trying to lose weight and I actually became obsessed with the scale at that point. I’ve had to take a step back to see what I can change as plateaus are usually your body’s way of adjusting to your lifestyle change. Whether it is by changing diet, exercise, or even both that’s what I’ve had to do in the past to beat the plateau. One thing is for sure….. This is the week that scale will move again. I’m just hoping it’s in the right direction. 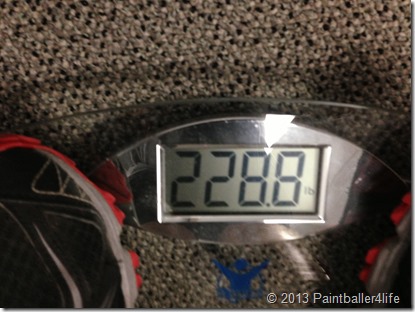 Have you ever hit a plateau when dieting or working out? How did you conquer your plateau?