Back in December I covered some of my New Year’s Resolutions and I’m going to commit to yet another one on this day. Today gave me some insight into my current state of cardio. The wife and I went and ran/walked the Memorial Causeway in preparation for her upcoming Iron Girl Half Marathon next month and boy was it an eye opener for me. I remember three years ago when doing boot camp three times a week I could run from one end to the other but not today. I got about halfway over and had to stop as I was winded and needed a break. I know inclines have the ability to change things but I was totally unprepared for what I ran into this morning. As an individual who plays paintball there are a few key pieces to the puzzle and cardio is definitely one of them. I’ve had several guys from Tampa bay Damage a professional paintball team constantly remind me of this fact on several occasions. Even in their off season they’re constantly training and preparing the next season. I talked about this in January, so I’m committing again right now publically to make more of an effort to improve myself physically and mentally on and off the field for my 2013. I know I’m off to a late start, but after all it’s never too late to start something new. 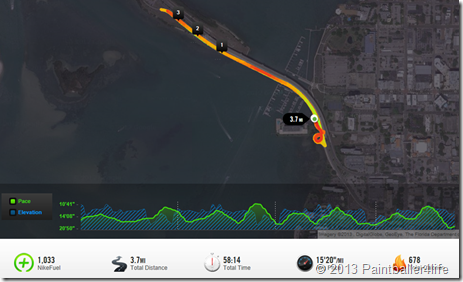 What New Years Resolutions have you not acted on yet? What’s been holding you back?

Well it’s hard to believe that it’s been over a month since my last post but I’ll catch you up. My wife has signed up for her first full […]